HISTORY HAS BEEN MADE TONIGHT AT THE NOU CAMP!!!

After a 6 – 0 win over Getafe arguably one of the greatest strike forces of all time, d

espite their short time together, surpassed the 100 goal tally for the season.

Lionel Messi, Luis Suarez and Neymar de Silver Santos Junior all scored tonight to reach the tally within 30 minutes of kick off.

Messi scored the opening goal from the penalty spot, and then Suarez doubled Barcelona’s lead on 25 minutes with a neat volley. Three minutes later Neymar joined the party, as the three amigos put on a show for the home crowd. Xavi scored the fourth goal on this his 501st appearance for his boyhood club.

Suarez scored his second just before half time, and the magnificent Lionel Messi ended proceedings with his second goal of the night. This victory leaves Barcelona leading the La Liga table 5 points ahead of rivals Real Madrid, who play on Wednesday night against Almeria. Barcelona look on course to regain their first La Liga title in three years.

MSN (Messi, Suarez, Neymar) have now scored a collective tally of 102 goals in all competition. This record has surpassed the previous 99 goal tally set by Samuel Eto’o, Thierry Henry and Lionel Messi during the 2008 – 2009 season.

Last season Real Madrid’s Karim Benzema, Cristiano Ronaldo and Gareth Bale came oh so close to beating the record set in 2008 with 97 goals, but unfortunately it was not enough and it will take something very special to beat the record 102 goals set by this exceptionally talented Blaugrana strikeforce. 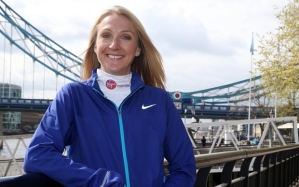 Tomorrow morning Paula Radcliffe, aged 41, will run her final competitive marathon at the scene of her greatest triumph as a long distance runner.

The Virgin Money London Marathon will be host to Radcliffe’s final act. It is the stage where in 2003 Radcliffe set the women’s record time at 2 hours, 15 minutes and 25 seconds. This is seen as one of the most imposing records in world athletics.

Unfortunately Radcliffe has been forced to bow out of elite competition due to a recurring injury in her left foot however the legacy she has made leaves much to commemorate.

Paula Radcliffe has been a stand out figure in the fight against doping in elite sport. A year before her quite remarkable record beating run, the British athlete asked the International Association of Athletics Federations to increase the frequency of her doping tests.

Radcliffe’s physiotherapist, Gerard Hartmann, even insisted that Radcliffe would meticulously check her water bottles pre race to check that the bottles had not been contaminated without her knowing.

Paula Radcliffe has been an outstanding British athlete; there is no one quite like her.

This great athlete has represented her nation in several international competitions including the European championships, World championships, the Commonwealth Games and the Olympic Games.

Sebastian Coe, the man behind the success of the London 2012 Olympic Games, has commented that Radcliffe is a pioneer of women’s sport and has made an impact on wider society, he said:

“She gave women permission to feel they could go out and run and be part of the London Marathon….A generation of runners, male and female, have taken up the sport because of Paula Radcliffe.”

Radcliffe’s athletic success was testament to her tremendous fitness levels and unique tolerance for pain.

At the age of 17, sports scientist Andrew Jones discovered that a young Radcliffe possessed an unbelievable capacity for oxygen. Radcliffe, at such a tender age, had a VO2 max of 70. This is the highest of any female athlete. (VO2 Max = the maximum volume of oxygen an athlete can use)

Radcliffe was known to run, on average, a staggering 140 to 150 miles a week; running for hours on end in the morning and again in the afternoon.

A magnificent trainer, who pushed herself to the absolute limit, Radcliffe would refuse to simply step off the treadmill. Paula’s sport scientist, Andrew Jones said:

“When we are testing on the treadmill we ask people to tell us when they feel they have about a minute left to run,”

“Paula would be clearly as exhausted as most athletes ever get but would signal she wanted to keep going. And this would keep going and going. She would rather have gone off the back of the treadmill than be stopped. She would push herself beyond what seemed possible.”

Radcliffe would peak at the 2003 London Marathon, that day would be her golden moment in time.

Had things gone differently at the summer Olympic Games in Athens the following year Radcliffe believes herself that she would have broke her record.

“Three weeks before Athens she ran a tempo run of 24.4 miles in 2hr 15min at altitude,”

“That was better than a similar run she had done before London. We knew she was in 2:13.45 to 2:14.10 form. She was in unbelievable shape, the peak of her career. That was when the rose had fully blossomed – and then she got injured.”

A freak accident would prevent Radcliffe competing to her full potential at the event in 2004. While out for a jog, a stone hit by a passing car fired into the knee of the athlete which caused a ‘clot and abscess’, and for two weeks Radcliffe was out of action.

Pumped with anti-inflammatorys her body was unable to metabolise food, leading to dehydration and white coloured bowel movements. Despite this, Radcliffe ran on but had to stop 22 miles into the race.

The British press branded Radcliffe a failure and a choker, unaware of her injury. Still most of this flack has continued to this day.

Tomorrow morning on her return to the London Marathon, Radcliffe aims not to break her record but to run the race in under 3 hours, and to do so would be a huge send off and thank you to the fans and to the sport that she loves.

As an 11 year old girl visiting the marathon, a young Radcliffe was mesmerised by the performance of Norwegian runner, Ingrid Kristiansen. Since becoming a huge sporting success Radcliffe has commented on the inspiration she experienced that day saying:
“It broke down any barriers I had in my head….I thought: why can’t I be in there running and being competitive too?”

Perhaps tomorrow, that kid in the crowd will also say “Why not me?”

This weeks THROWBACK THURSDAY is the ladies sports bra; a technology like no other that became a revelation to women all over the world.

Its inventor, Hinda Miller, had noticed the dangers for women who were running without efficient support around their breasts and had witnessed the horrific site of female runners bleeding from the nipples.

Running without the support was causing the tear of the Cooper ligament. This ligament is made up of connective tissue within the brea…st that helps to maintain structural integrity. A tear to this ligament can cause sagging to the breast, which may affect breast feeding and can cause further problems with the breast in later life.

After observing such a shocking image Miller, along with her two close friends Lisa Lindahl and Polly Palmer-Smith came up with an idea that would protect and support the breast – they called it the Jogbra.

The Jogbra was released in 1977. The inspiration behind the clothing was the male sports undergarment the jock strap. Lindahl and Smith sewed two jockstraps together which were to be placed across the rib cage aligning underneath the breast.

The sports bra has since been developed by leading sports manufacturers such as Nike, Adidas and Puma, who have all added their scientific advancements to the technology in order to improve breast support.

The success and the indispensible nature of the sports bra have been recognised by sports women world wide.

One such testament comes from 11 time British javelin champion, Goldie Sayers, who said:

“If I forgot my sports bra, forget it, I just wouldn’t compete.”

There is no question that the sports bra plays a vital role in sports participation rates for women, and particularly for young girls. A study conducted by the University of Portsmouth found that 1 in 5 women say their breasts stop them from participating in physical activity.

Further research shows that the majority of women and young girls who exercise on a regular basis don’t actually wear or own a sports bra.

It is very important that ALL women and young girls performing in sport, or who are engaged in a physically active lifestyle wear and regularly replace their sports bra, just like you would your shoes or other leisure wear.

Please educate women on protecting their breasts and increase your own awareness or friends and family members’ awareness of breast health.

GET YOUR OVER SHOULDER BOULDER HOLDER ON LADIES AND GET YOURSELF ACTIVE!!